Over the last 30 years, Bruce Sievers has spoken to more than 7,000 groups all across America, including hundreds of state, regional and national conventions. He has spoken to nearly 700 individual chapters of Rotary International, as well as 8 District Conferences. At the District 5300 Conference in Long Beach in the year 2000, Mr. Sievers was honored with a Paul Harris Fellowship.

He has been invited to the White House to present his program for President Gerald Ford, President Jimmy Carter, President Ronald Reagan, and President George Bush. President Ronald Reagan, along with the Freedoms Foundation at Valley Forge, awarded him the George Washington Medal of Honor for his presentation entitled “An American In Love With His Country.” Toastmasters International has bestowed upon him the prestigious Communication and Leadership Award. The Daughters of the American Revolution honored him with the National Medal of Honor. He has been featured in People Magazine, the Washington Post, the Los Angeles Times, and more than 150 other publications across the country. He is an author who has published five books, and he has just completed a screenplay. He was a Green Beret in the Army. He is a devoted husband and father of five boys. All this he has accomplished by his unabashed advocacy of a single theme…the joy of being an American.

Jan 15 -Guest Speaker Oliver Winn – Dr. Winn, a professional engineer, will speak about the management of energy as our fossil fuels dwindle. 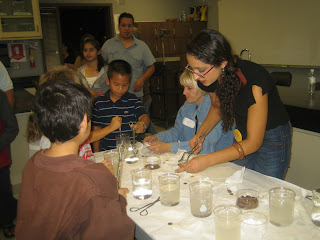 Toys for Door of Faith Orphanage 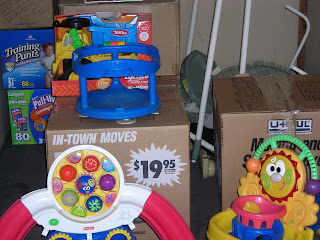 Orange Sunrise Rotary has been blessed with babies! Our Rotarians have welcomed five new children in the last five years. The sixth, Tiffany Jo, was born to members Tracey and Jason Curtis on December 9th! In anticipation of Tifffany’s arrival, Orange Sunrise threw a baby shower on November 13th. In addition to bringing gifts for our newest family member, Rotarians collected new and gently used baby clothing, toys and supplies. A SUV load of goodies was delivered to the Door of Faith Orphanage, which operates a home in Tijuana, Mexico, just in time for the new toys to arrive for Christmas!

Operation a Bit of Home Continues

For the third year, Orange Sunrise Rotary participated in “Operation a Bit of Home”, shipping snacks, hygiene supplies and entertainment to our troops overseas. By December 31st, twelve priority mail boxes of goodies had been shipped to “Freedom Rest” serving our troops in the Middle East. 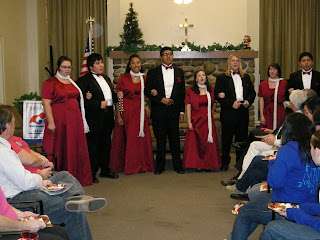 No year is complete without Rotary fellowship. Orange Sunrise invited the Rotary Club of Orange North, the El Modena Interact Club, community partners who we have worked with side-by-side during the year, family and friends to our December 11th holiday open house.

Entertainment was provided by the Orange High School singers as the crowd enjoyed holiday food and special beverages! Visitors viewed displays depicting several of the projects we have highlighted in this edition of the “Juice”.